When Amie and Ben asked me to photograph their Portland, Maine elopement I was thrilled. On their first date, their coffee was paid for by a previous customer, and from then on they have considered their relationship lucky. From meeting them I can say they are not just lucky, they are also deeply caring people who value each other in an authentic way. When they decided to get married they wanted it to be simple and focused on what mattered most. They chose their favorite city, and to do it with just their favorite person. I love the romantic spontaneous nature of elopement photography, and their union especially fit the bill since they planned it to be a complete secret!  They spent the week prior to their nuptials enjoying Maine’s best breweries, camping in Acadia, and exploring the coastal landscape. 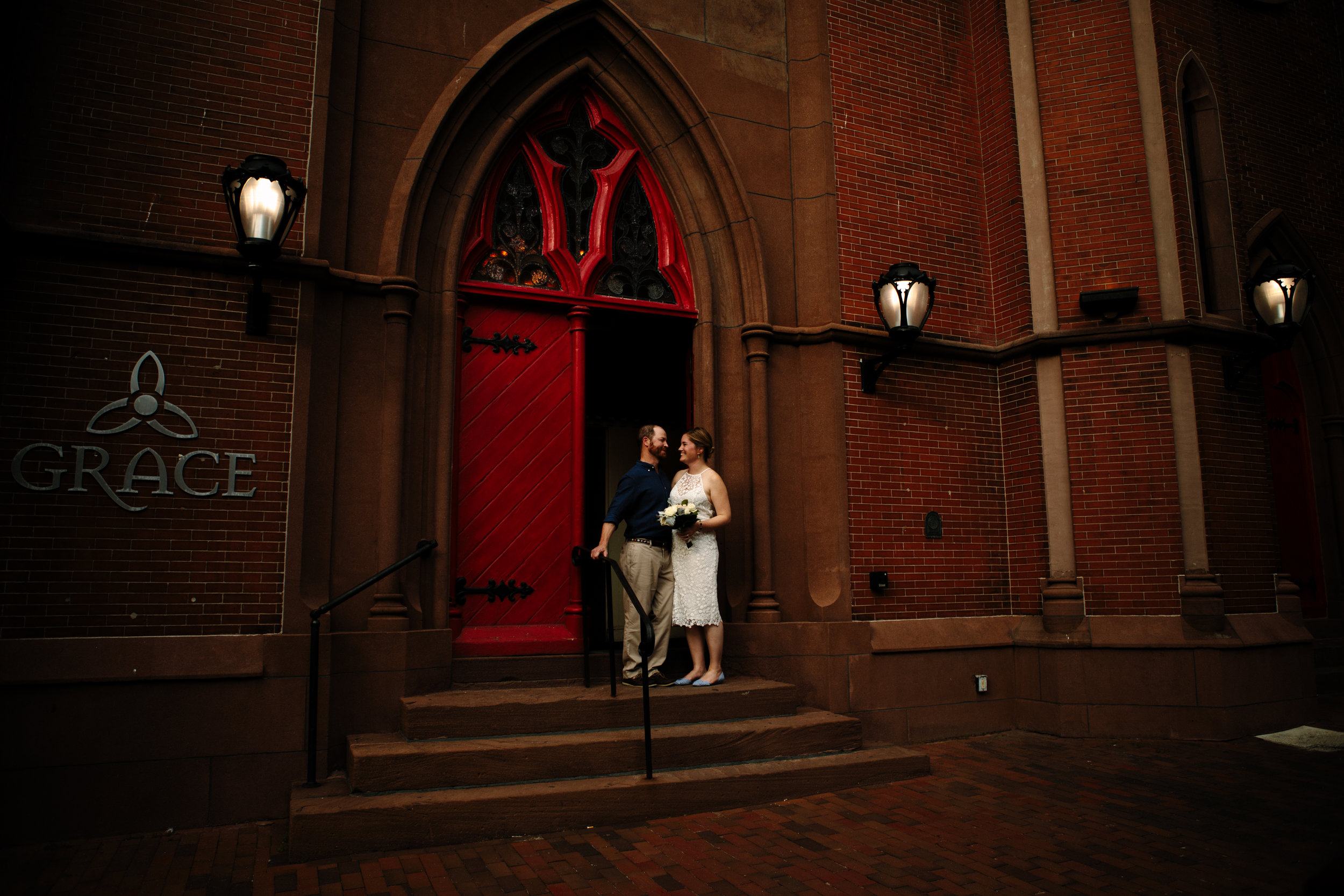 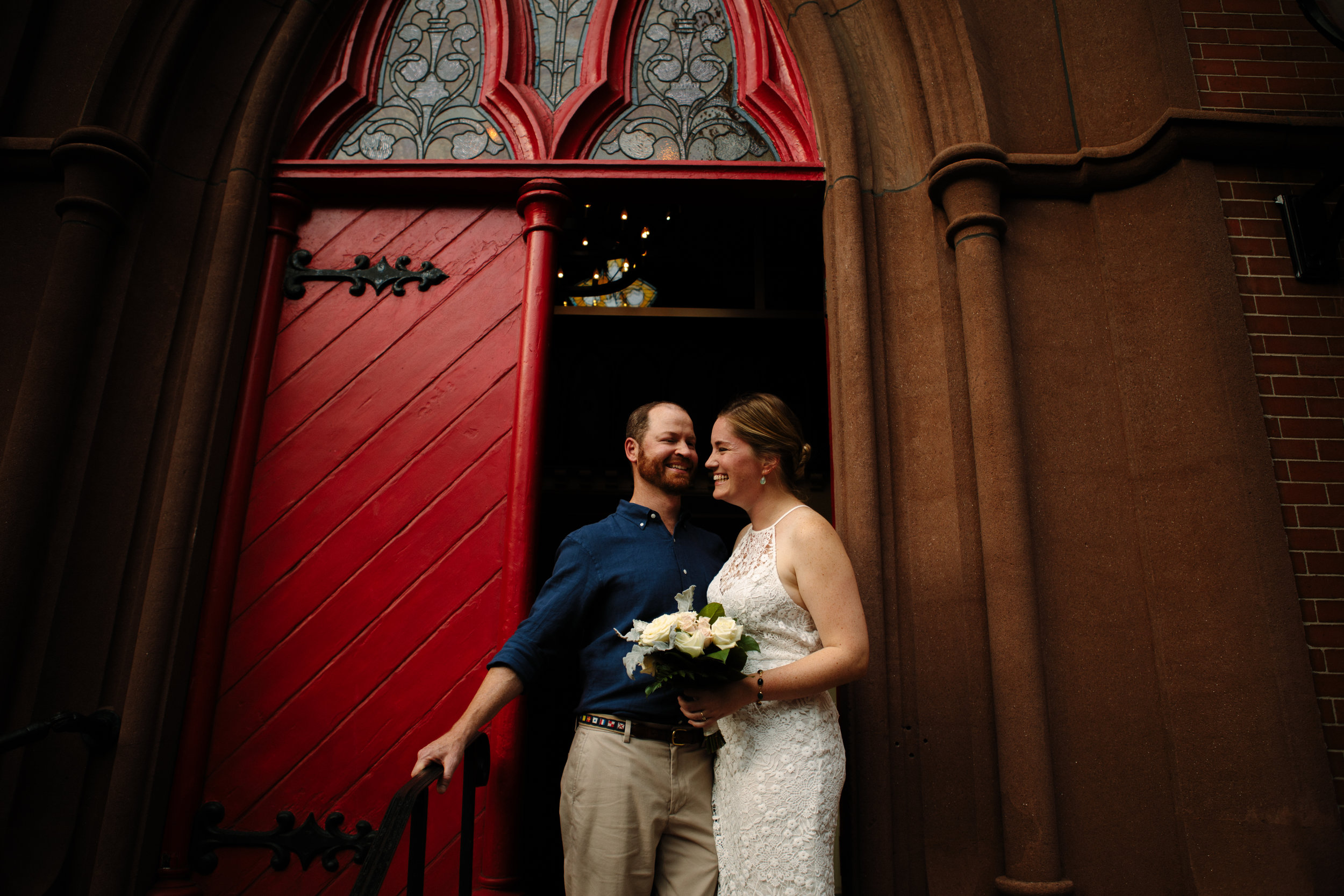 On Friday July 27th, I met them in front of Grace, a gorgeous contemporary restaurant in Portland that was created inside of a church from the 1850s. At exactly 5pm the church bells rang and the large red doors opened ceremoniously. Inside, Amie and Ben  met up with their two close family members who served as their witnesses and ordered cocktails to toast the occasion. After imbibing, the small party headed to the Eastern Promenade. Strolling along the water with boats bobbing in the harbor, and wildflowers abounding could not have been more perfect- as Ben is both a hobby boat builder and gardener. The two were definitely in their element;  laughing the entire time as we took photos, and as we walked the clouds grew more dramatic. 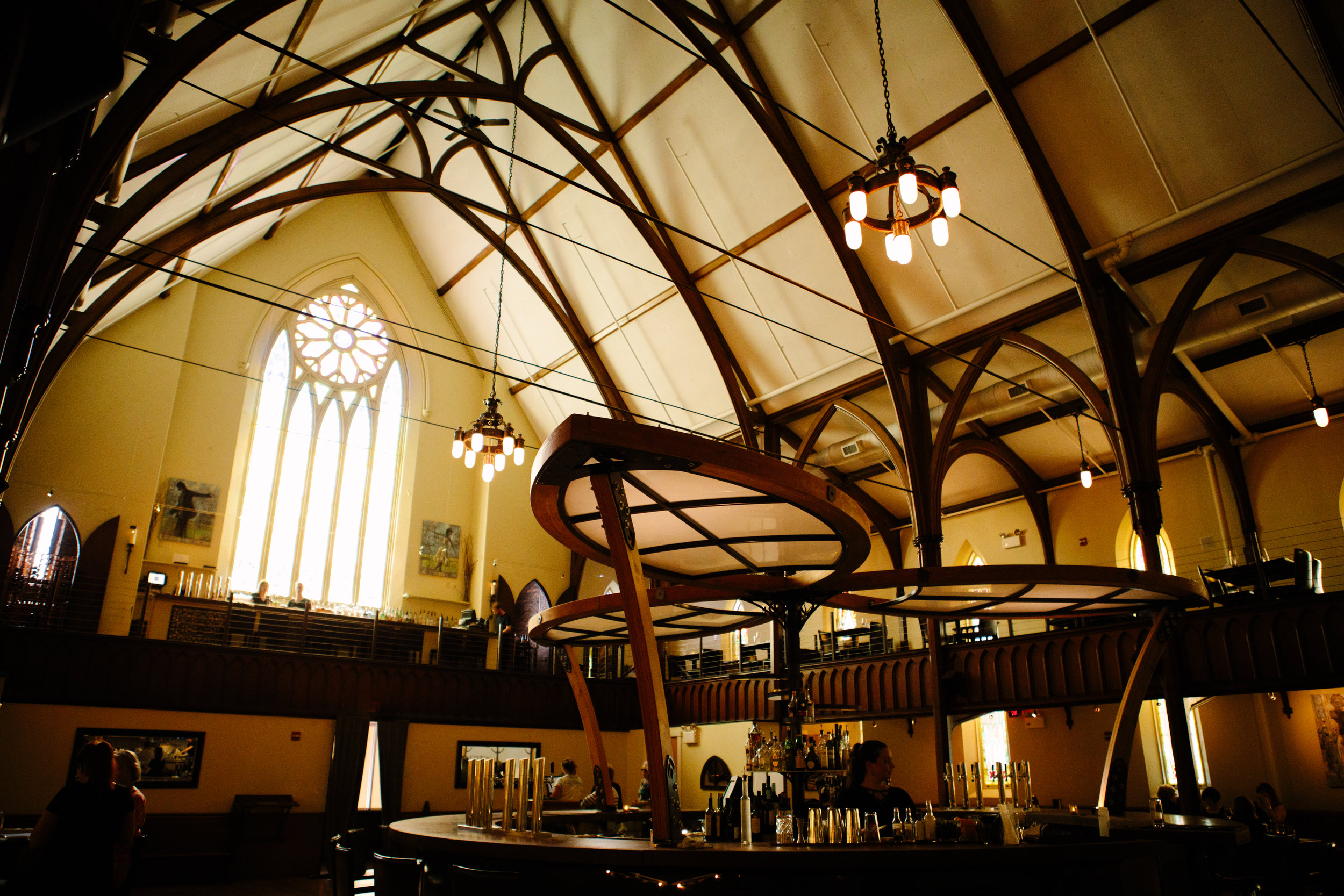 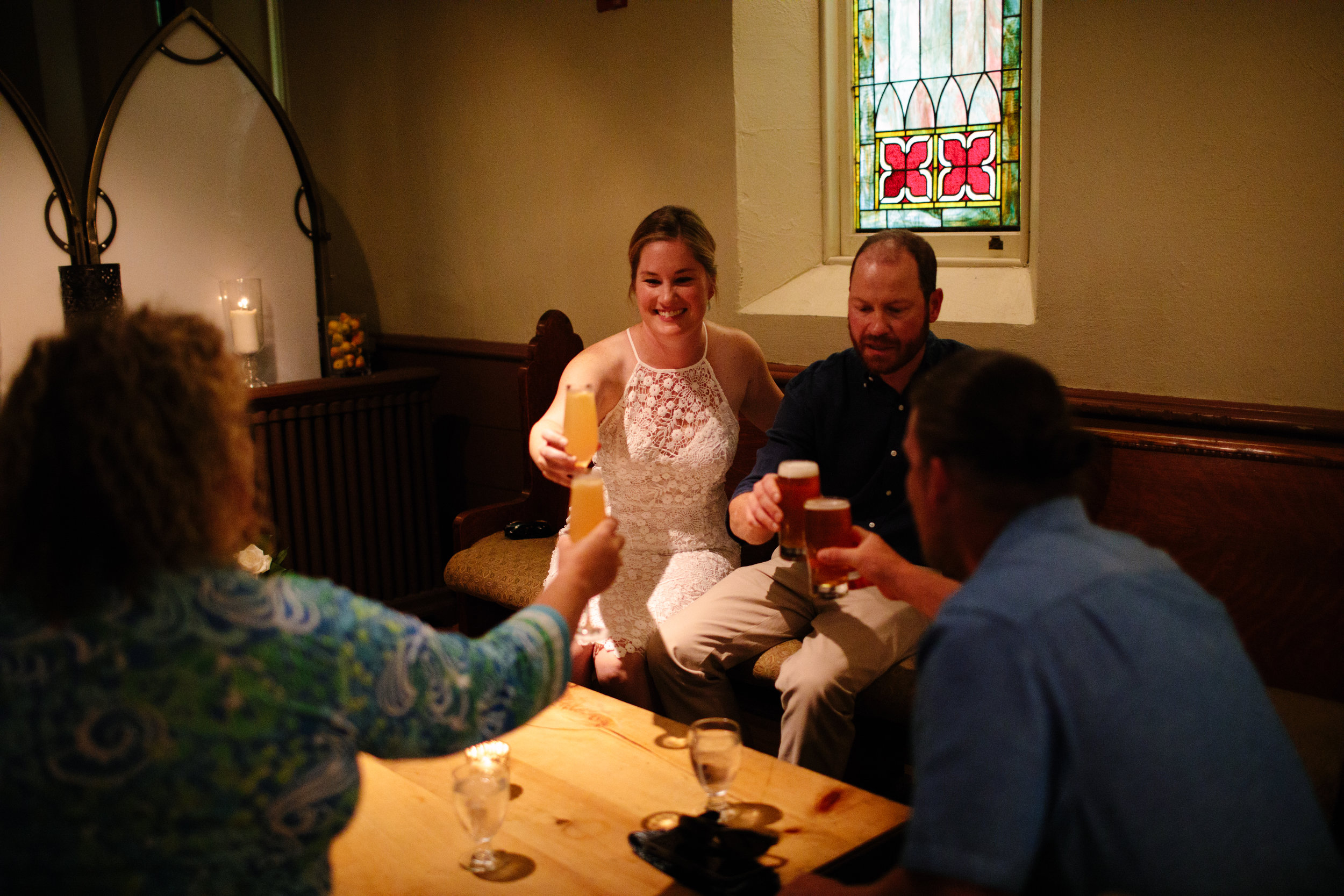 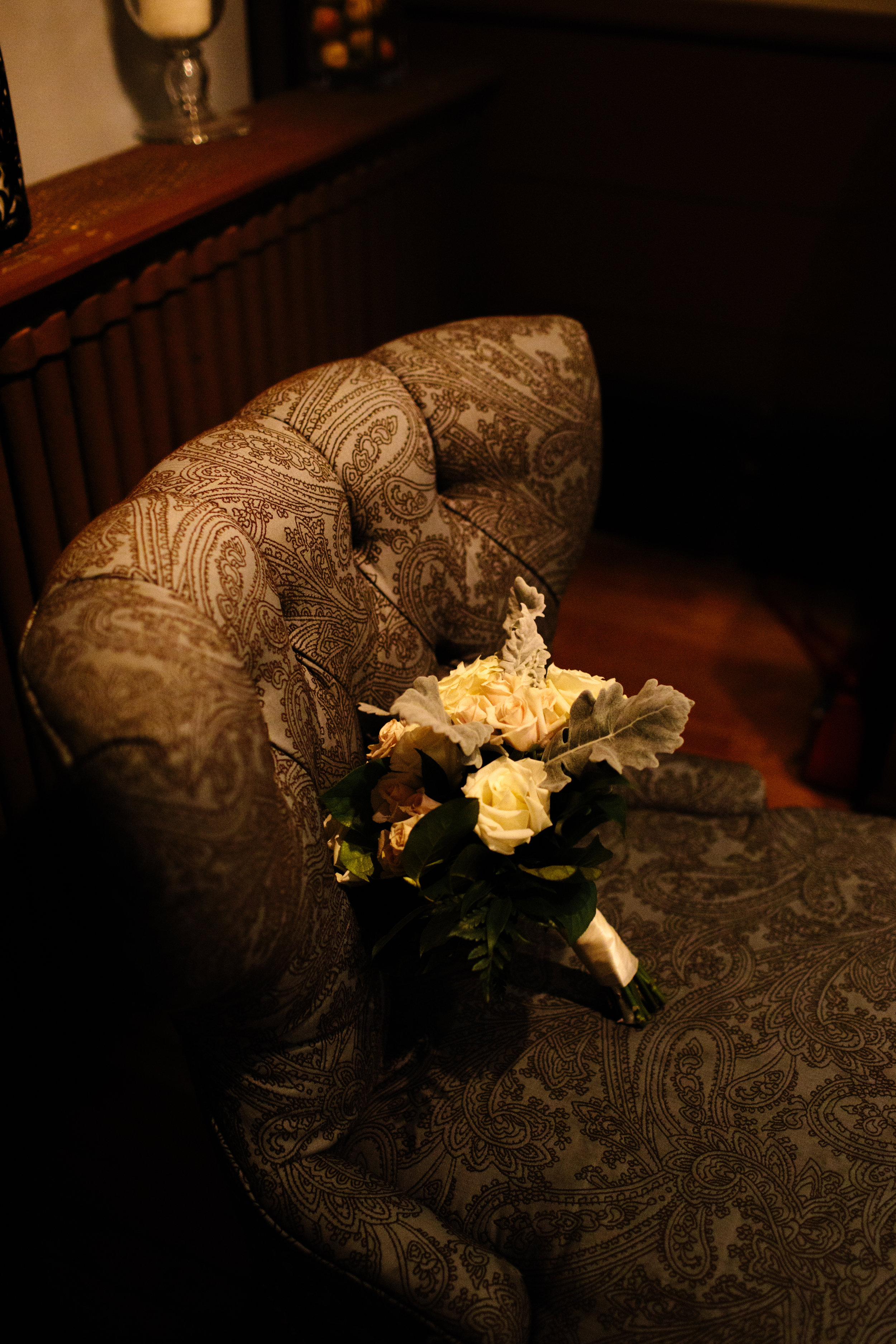 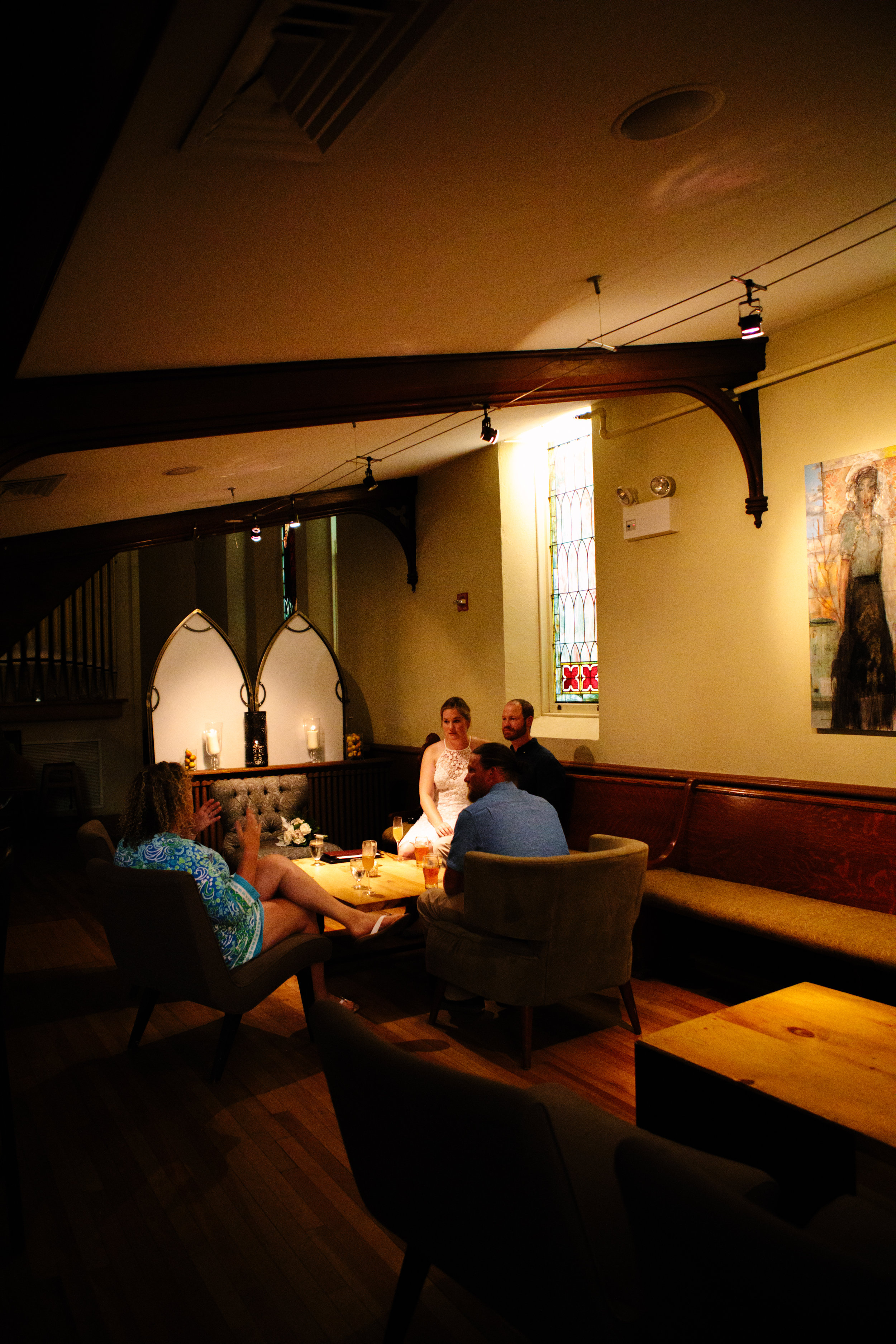 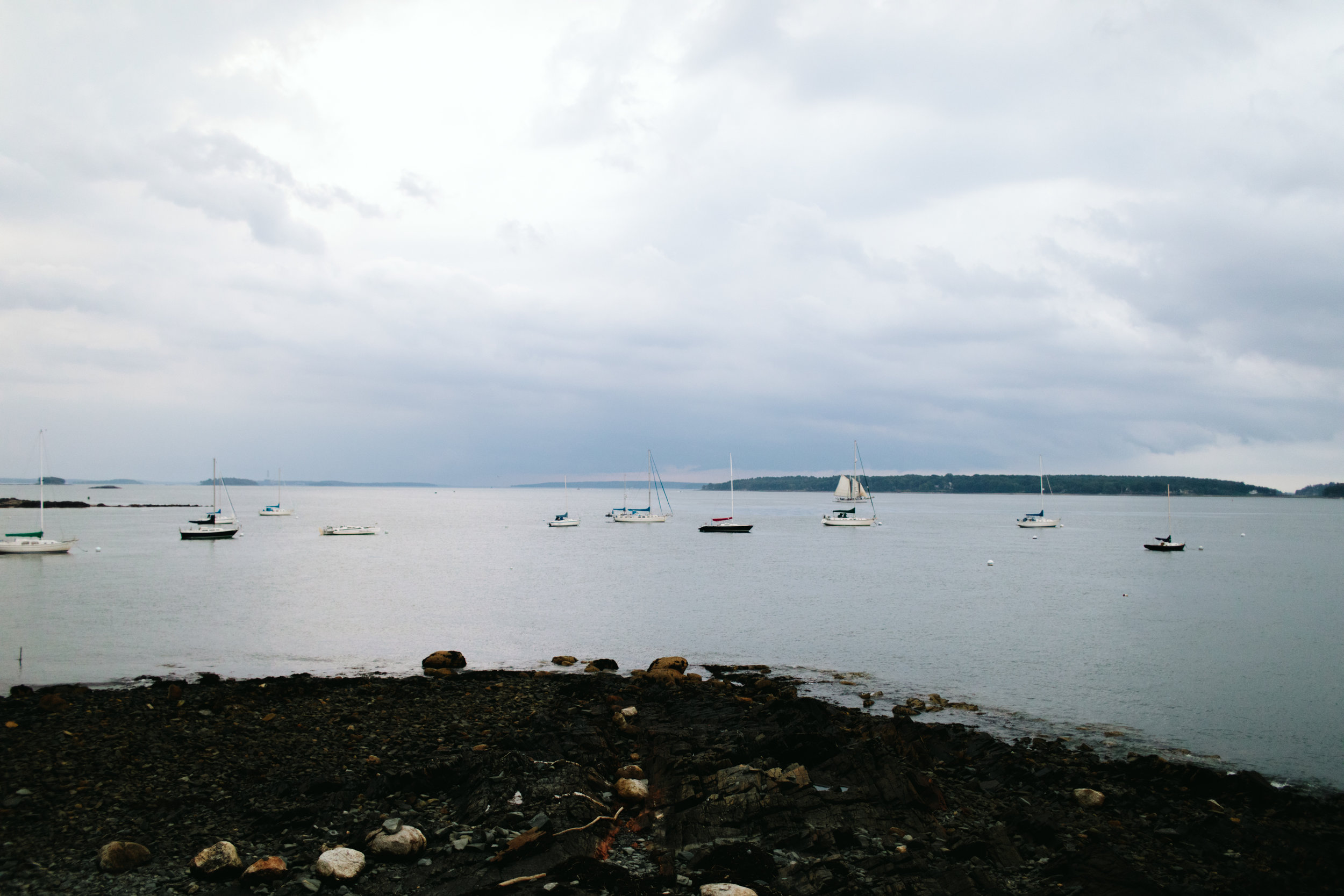 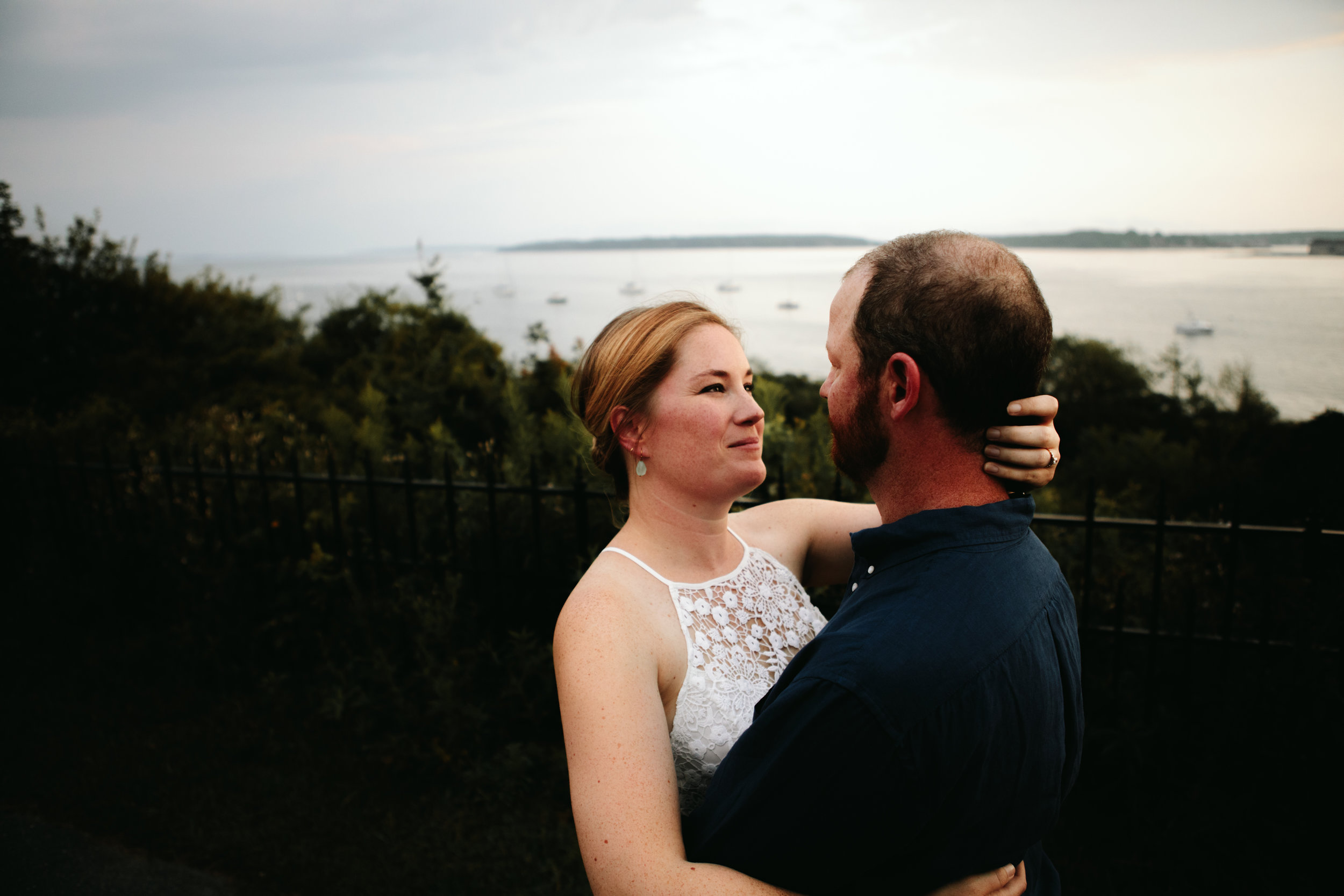 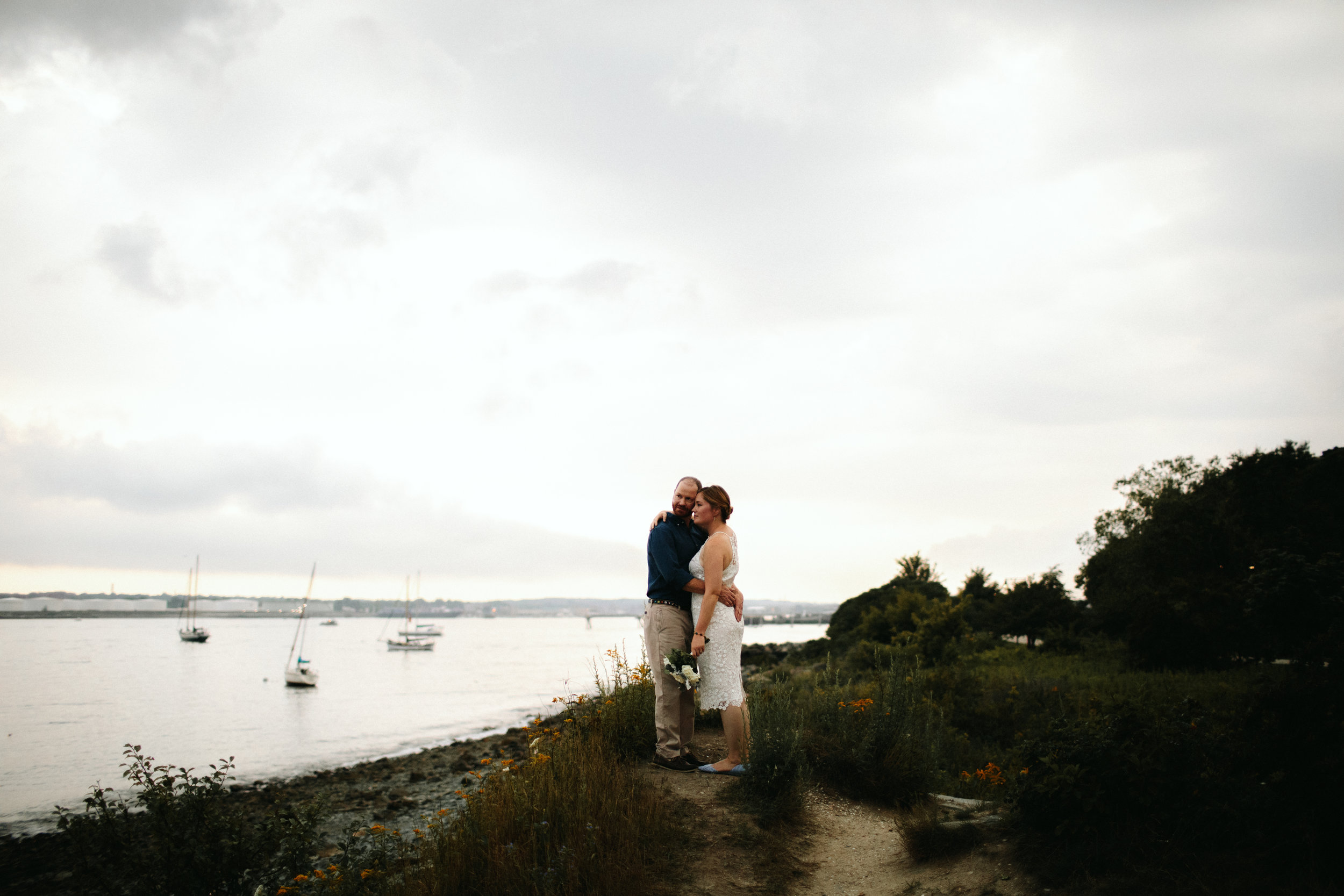 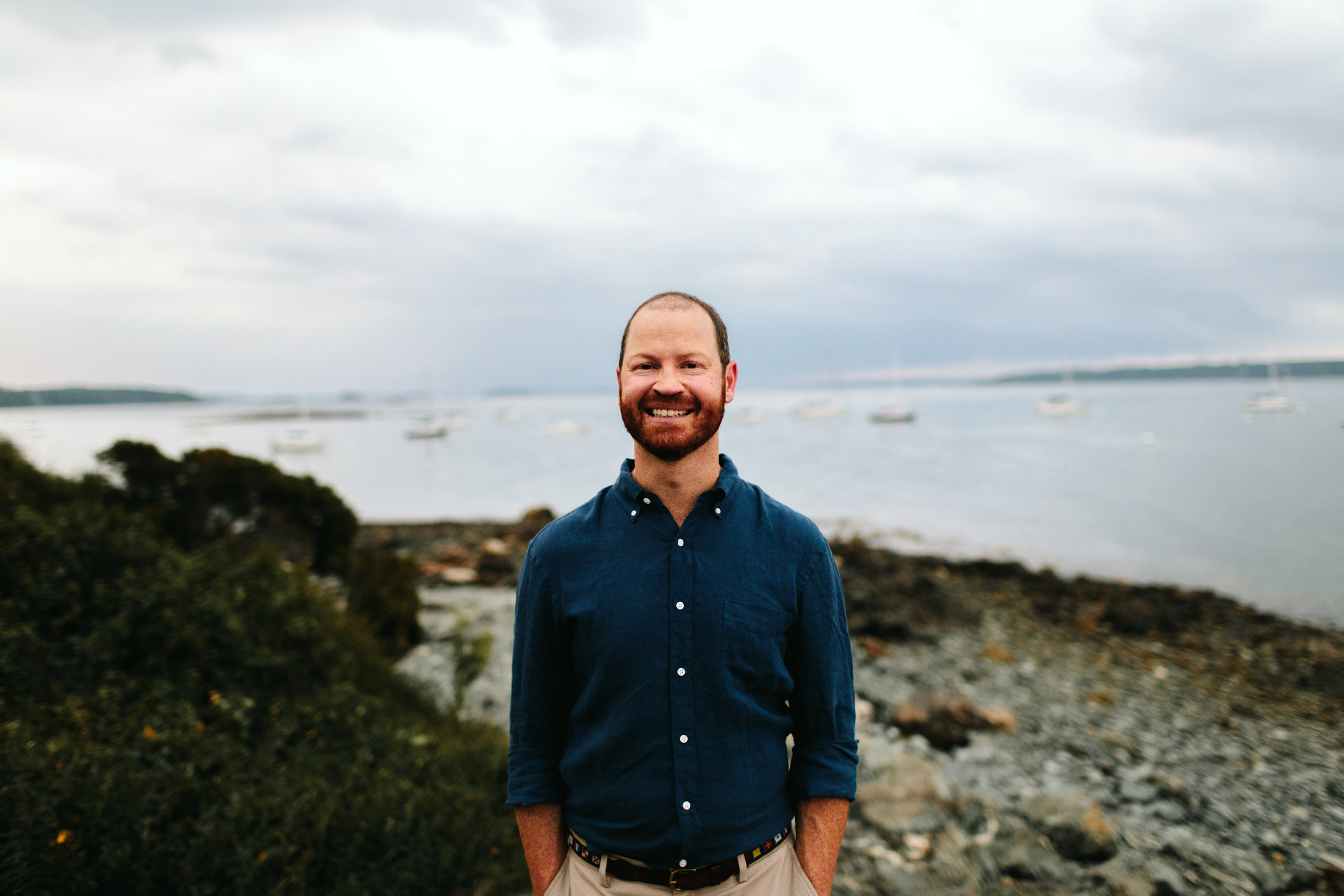 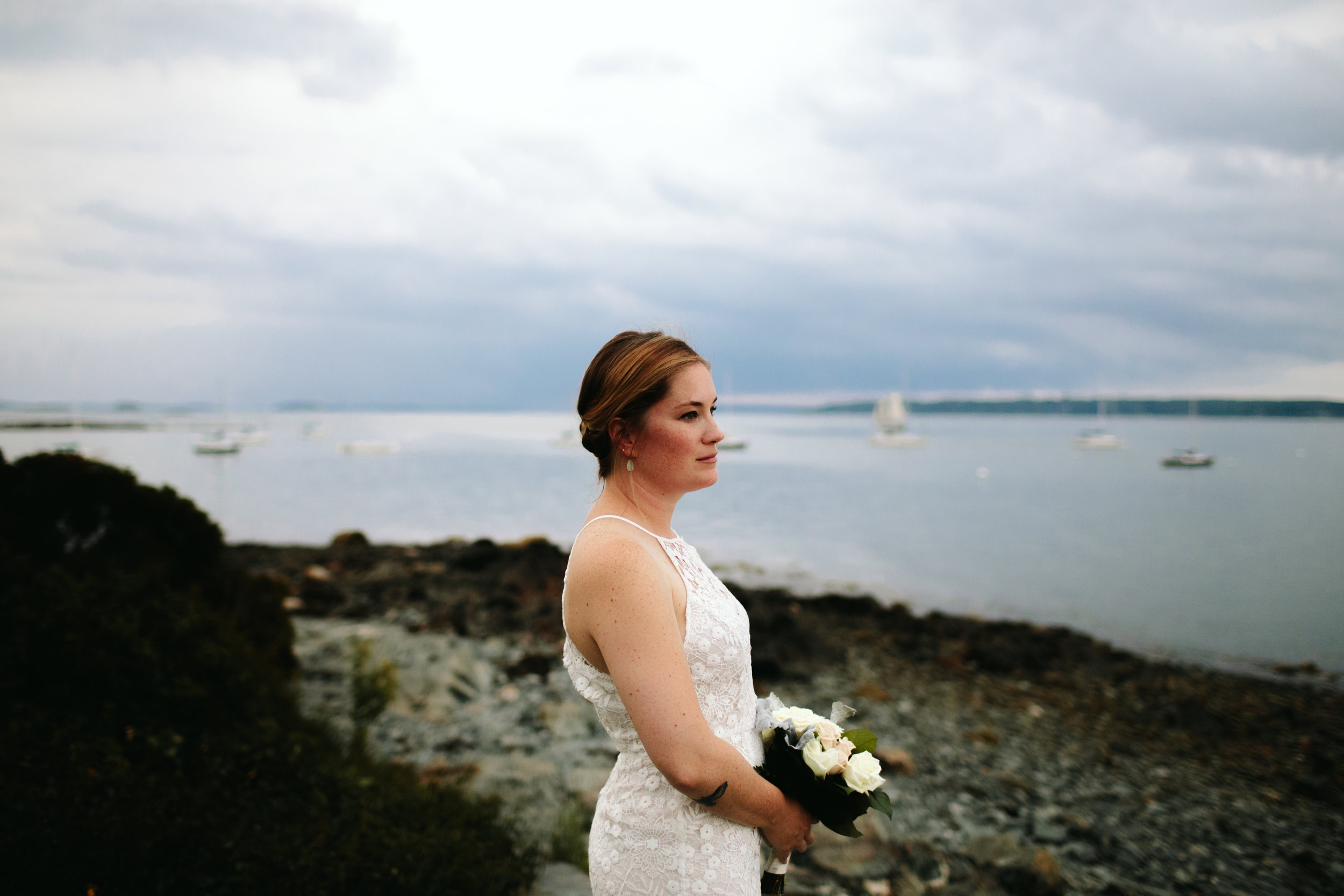 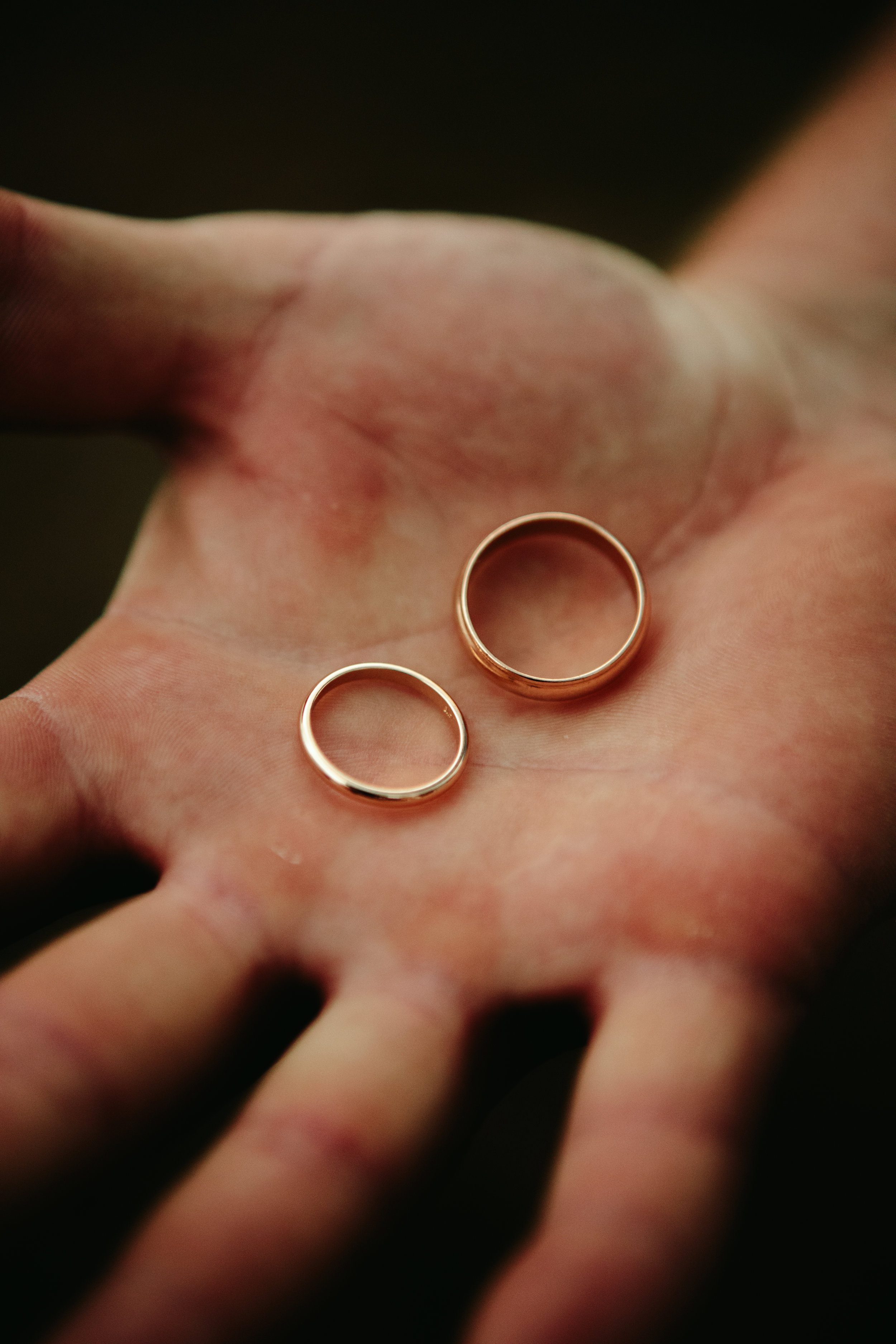 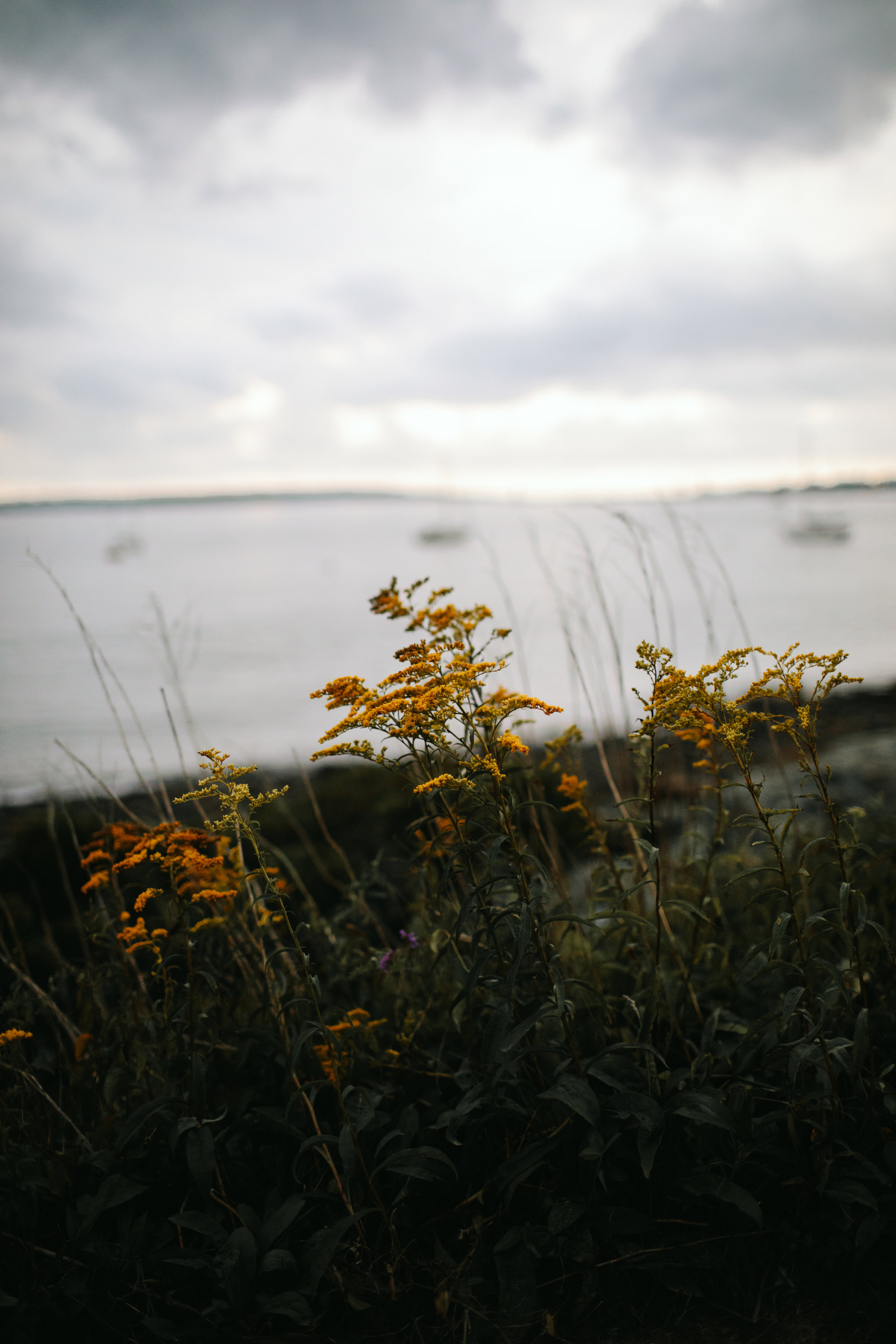 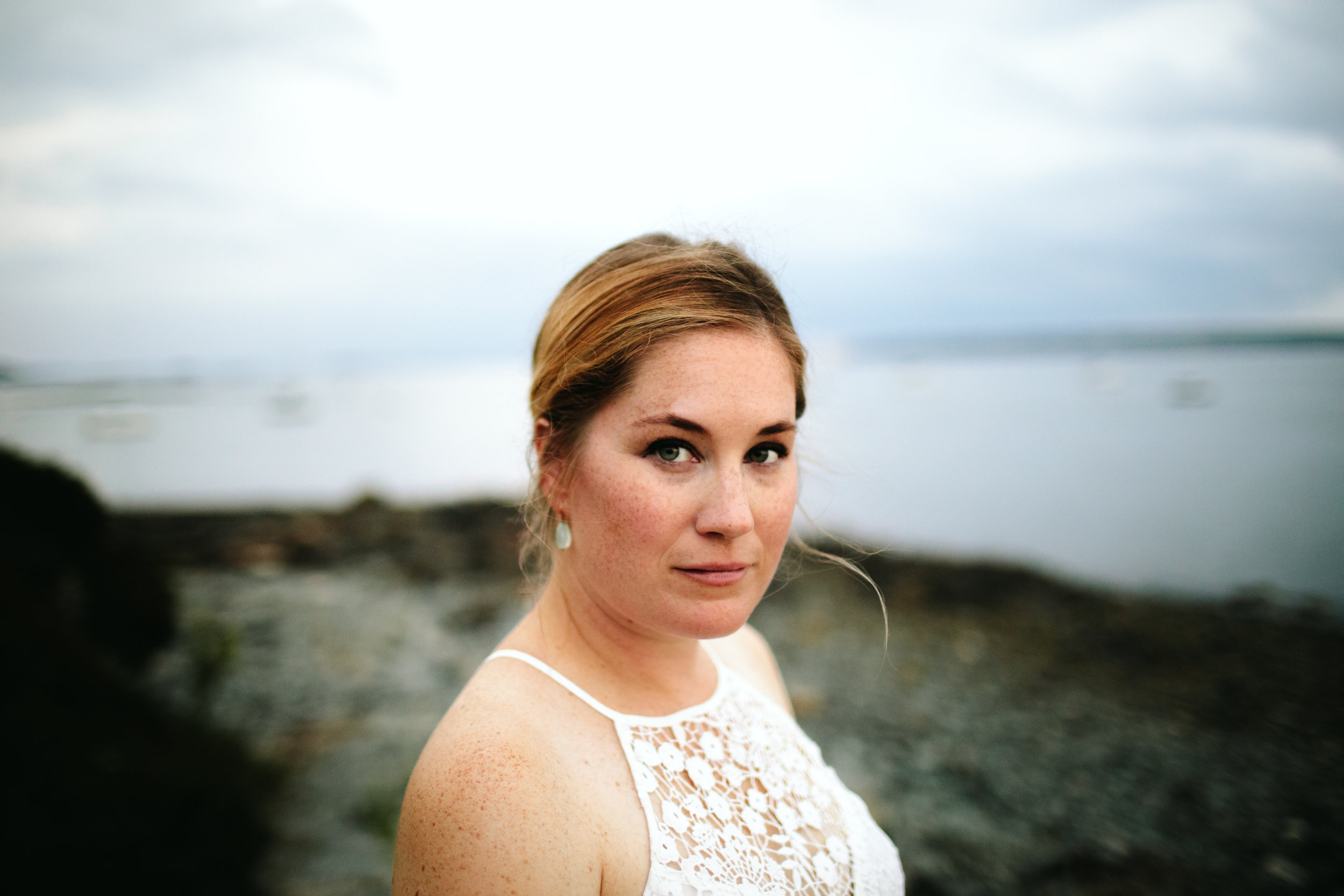 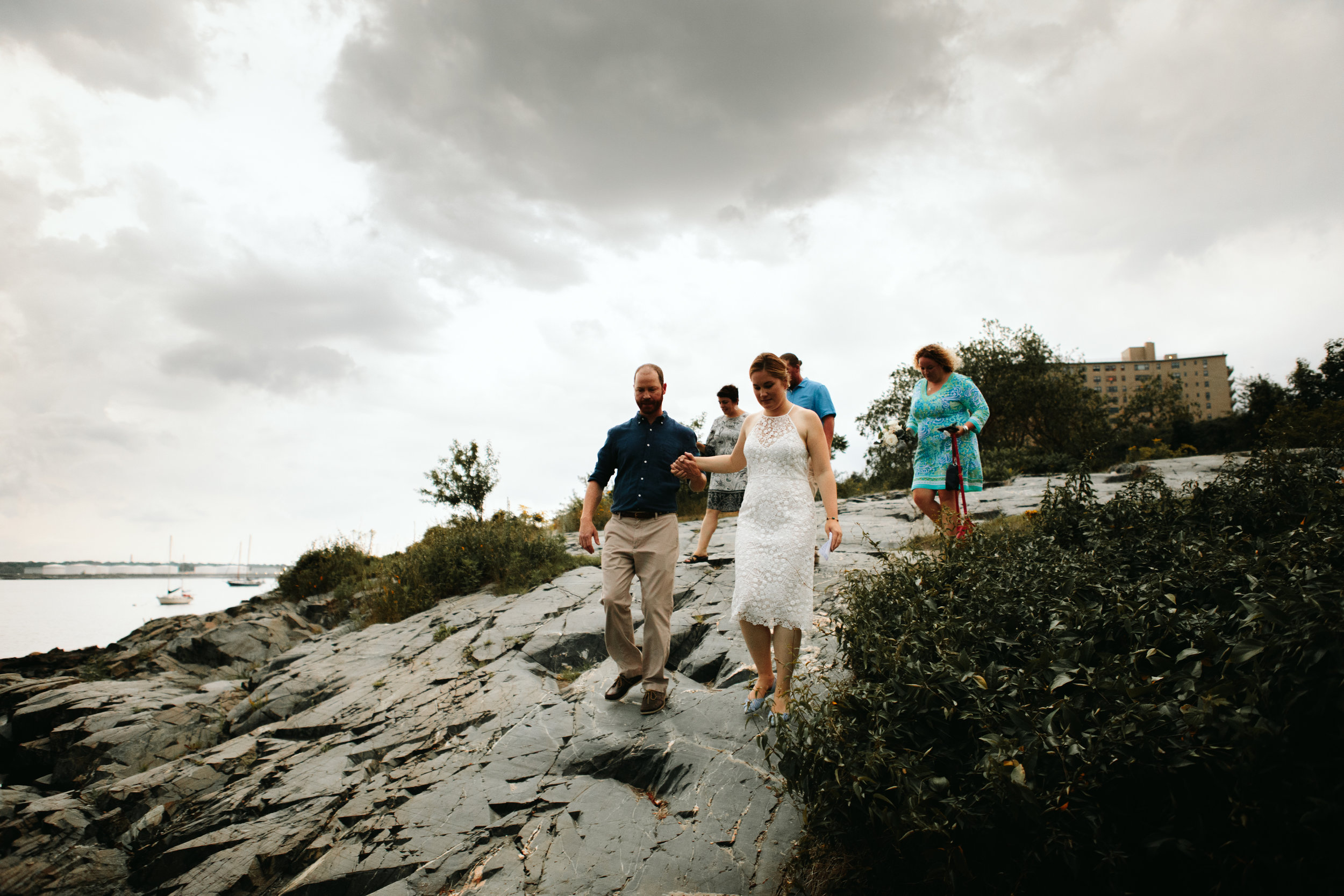 We met with their officiant Janice Gardener (from Hitch, Maine) down at Fish Point along the rocks. Janice set a peaceful l tone as the sky grew more grey with both the impending night and a rain storm headed our way. Ben mentioned in his vows how lightning struck the moment they got engaged, and at that very moment lightning struck out at sea. It was a remarkably timed event that had Amie laughing in disbelief. Tears were shed as they both mentioned their beautiful past and looked forward to their future. Just a minute after they were declared married the rain started to fall and the small party absconded to the Fort Allen Park Gazebo. 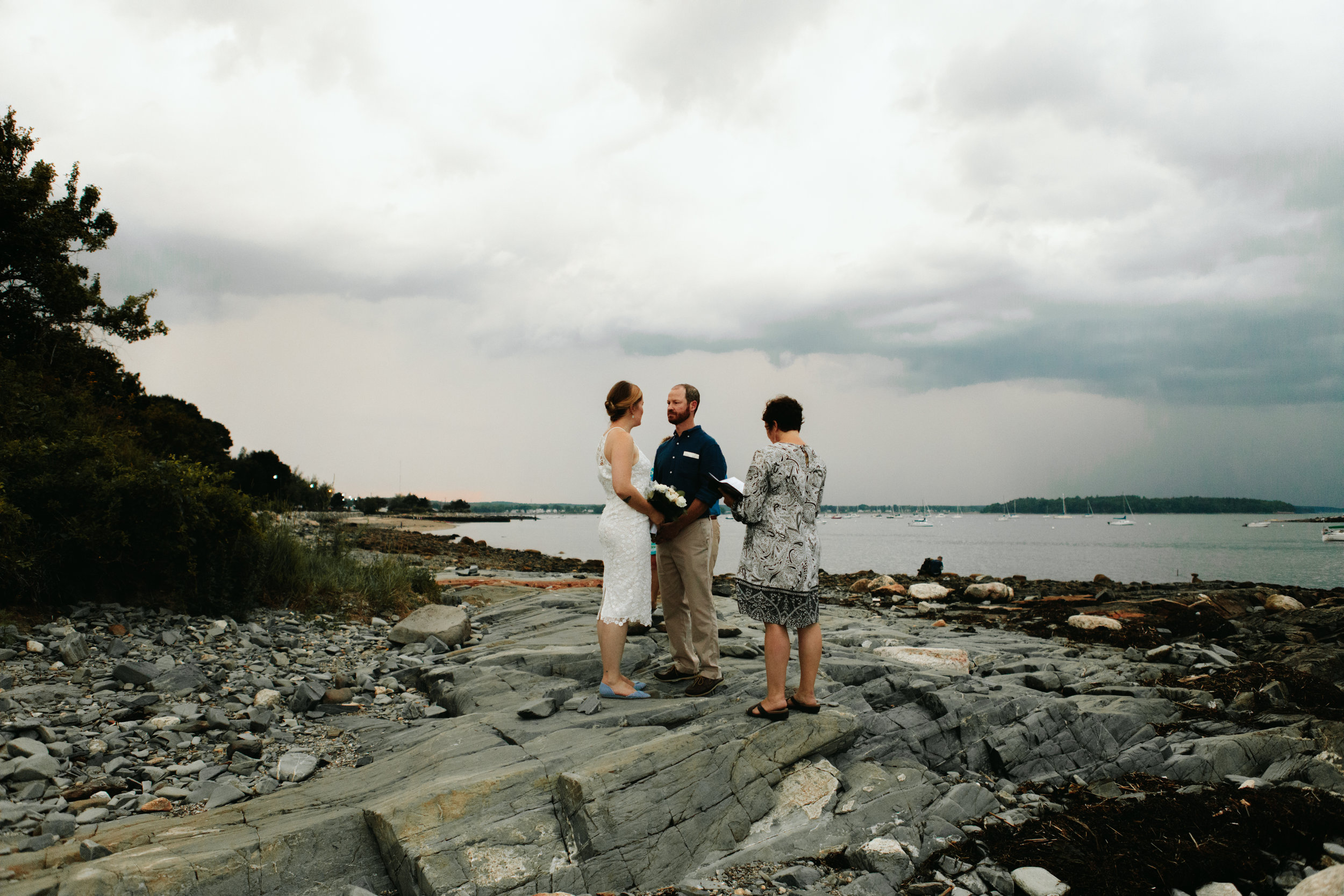 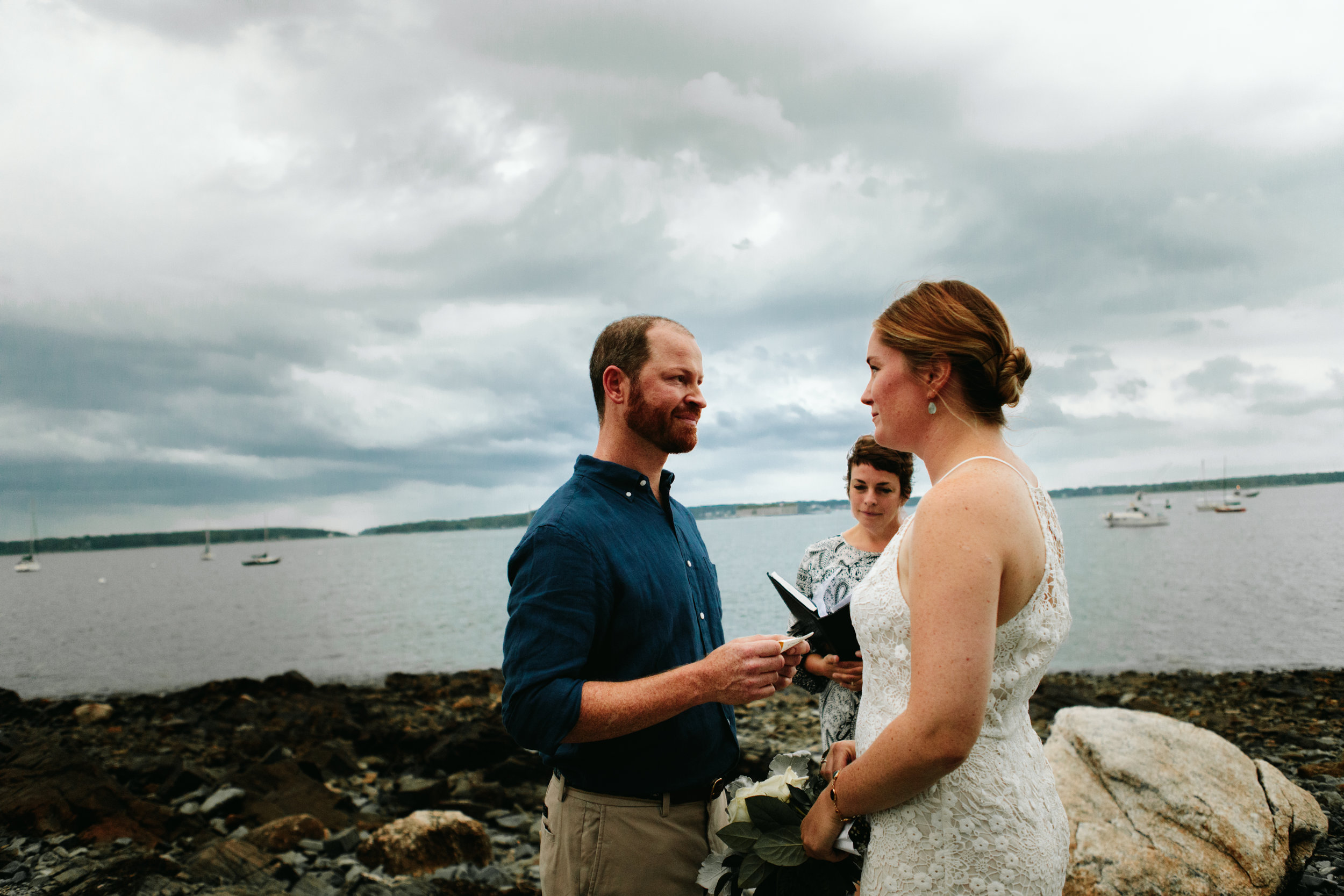 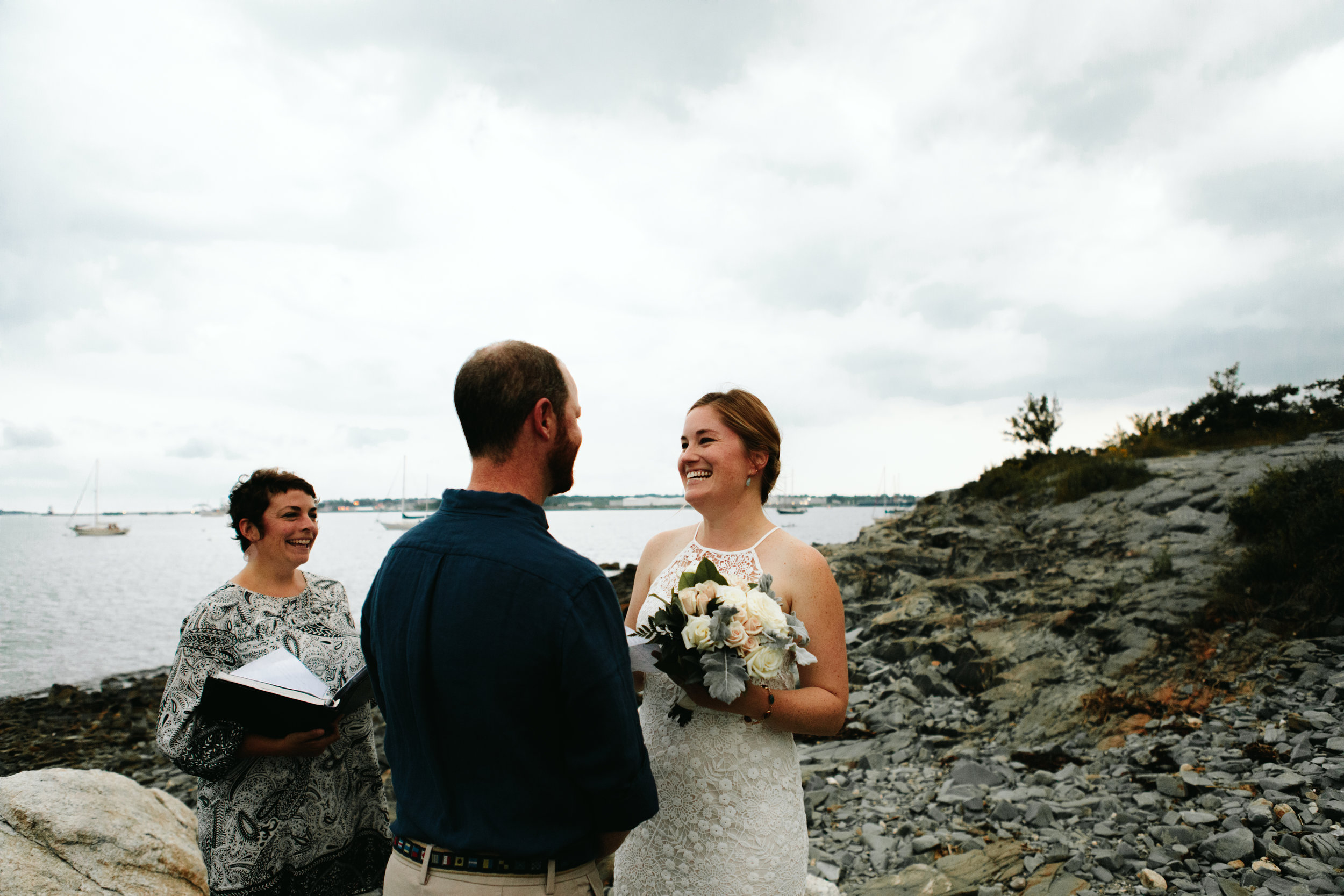 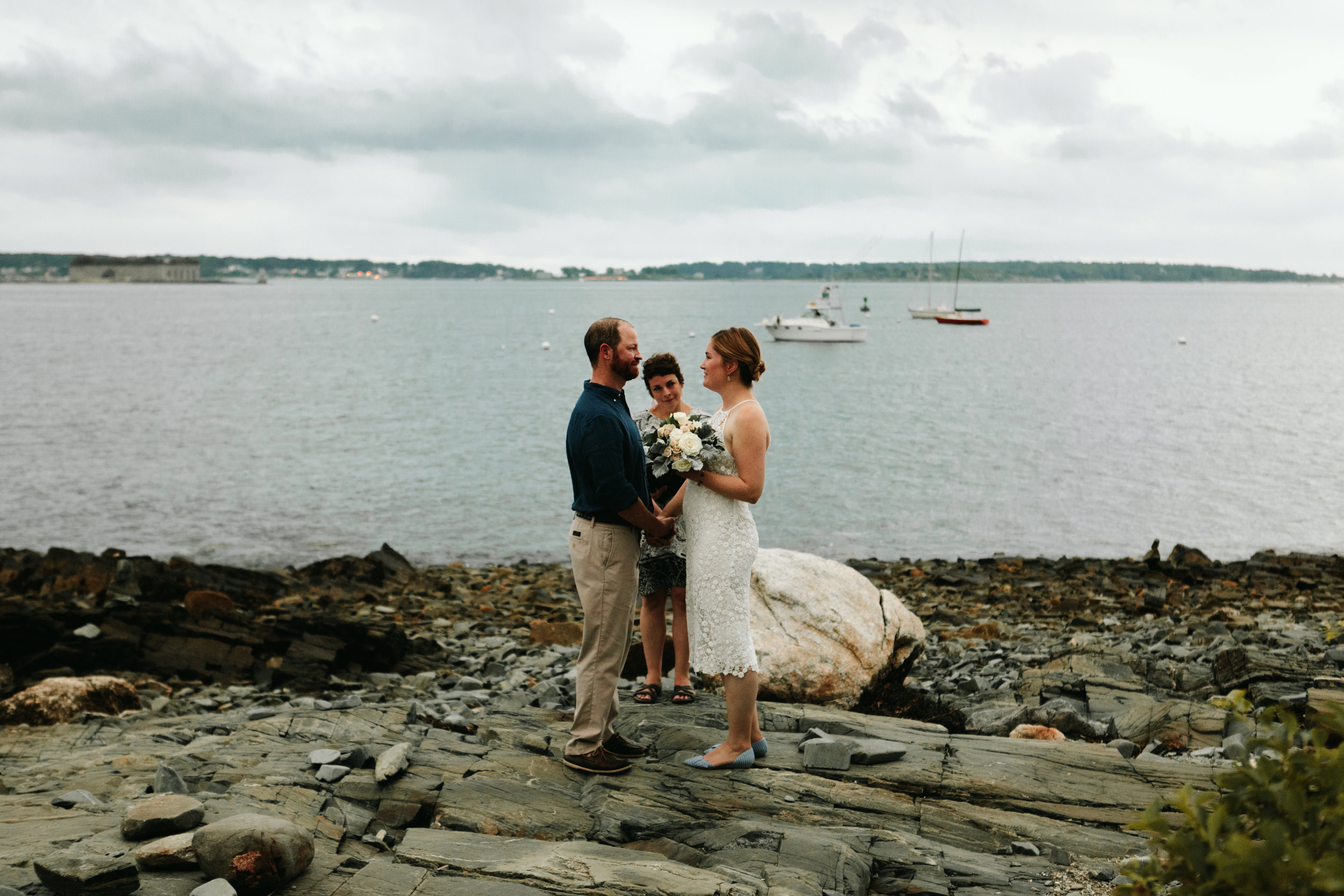 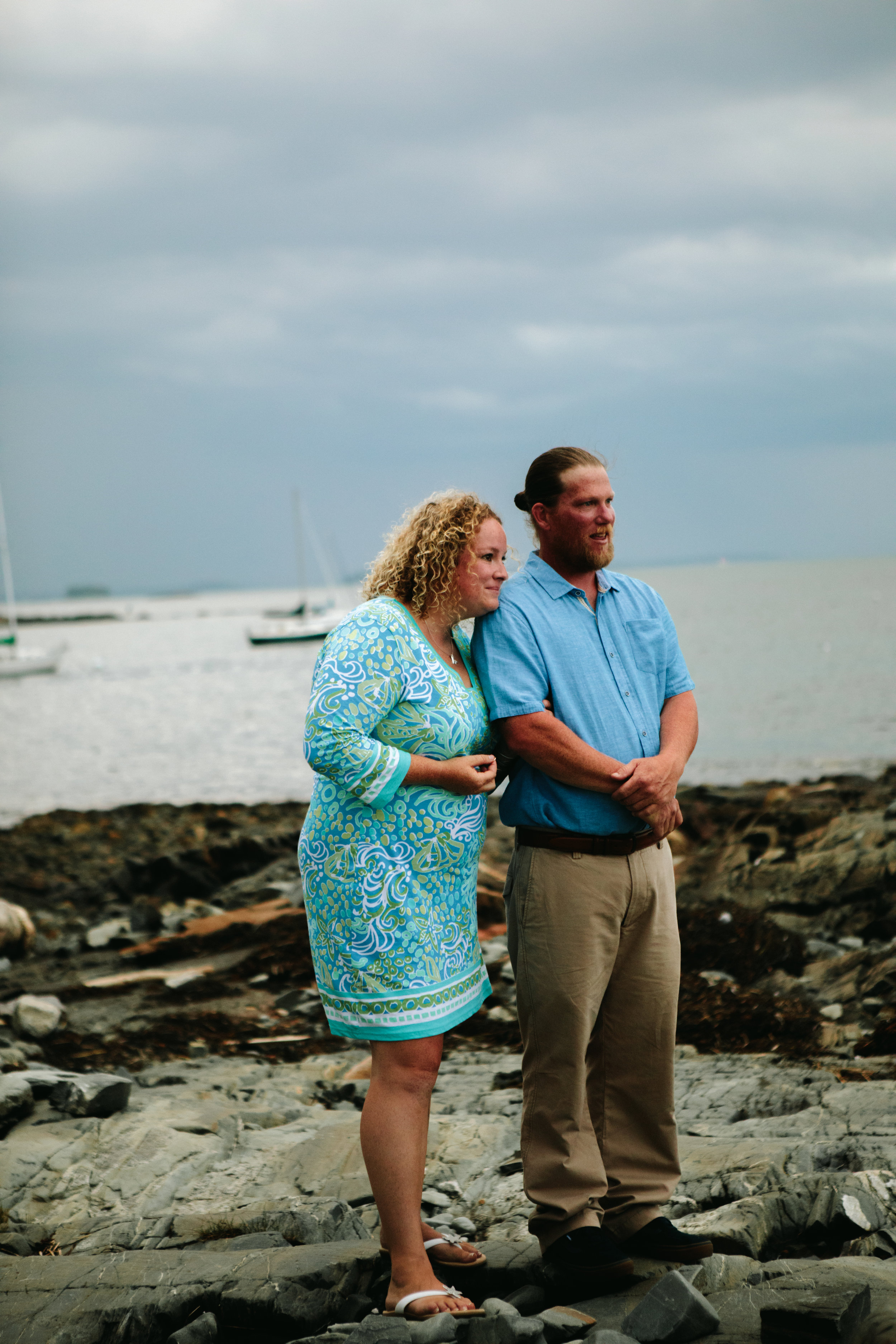 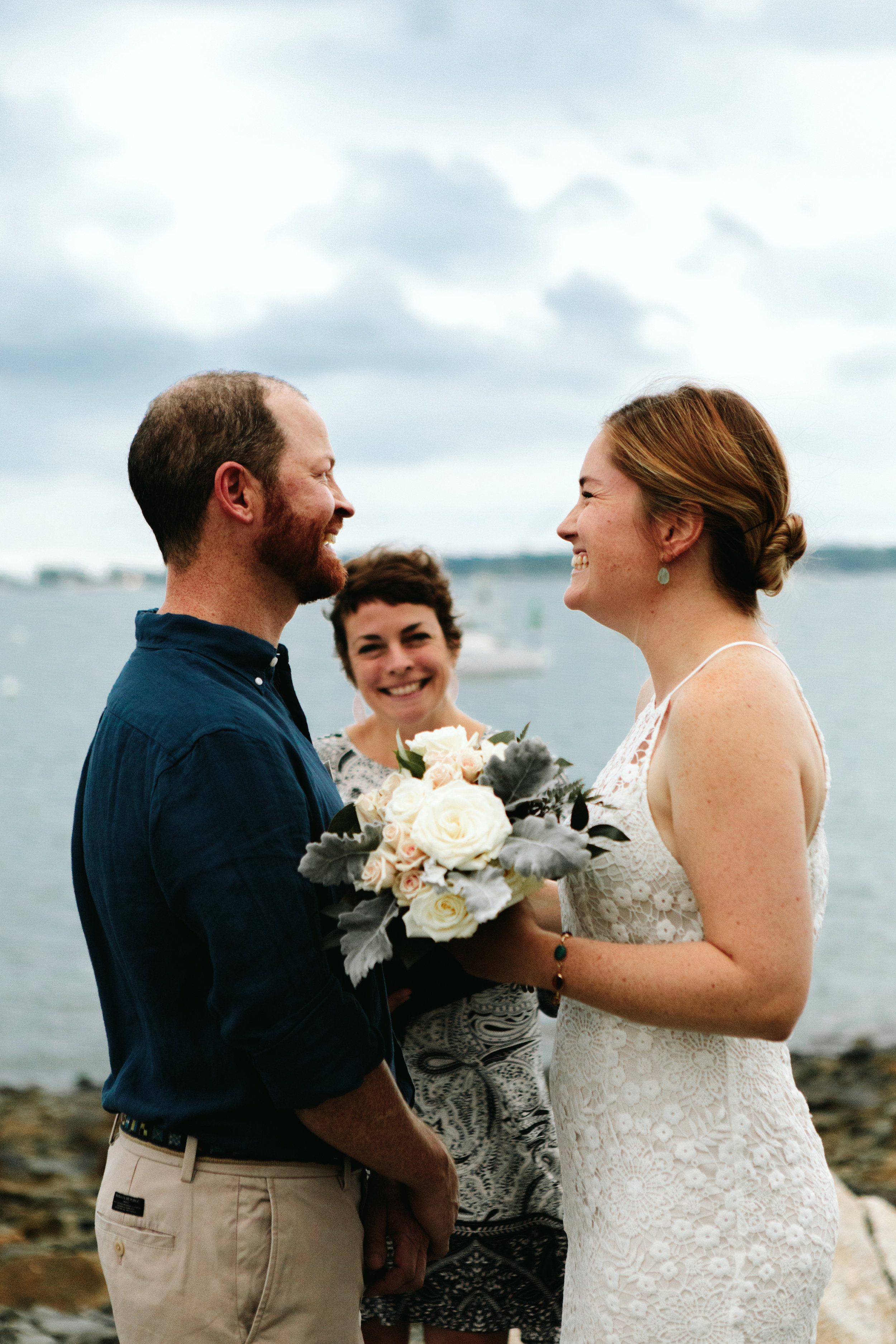 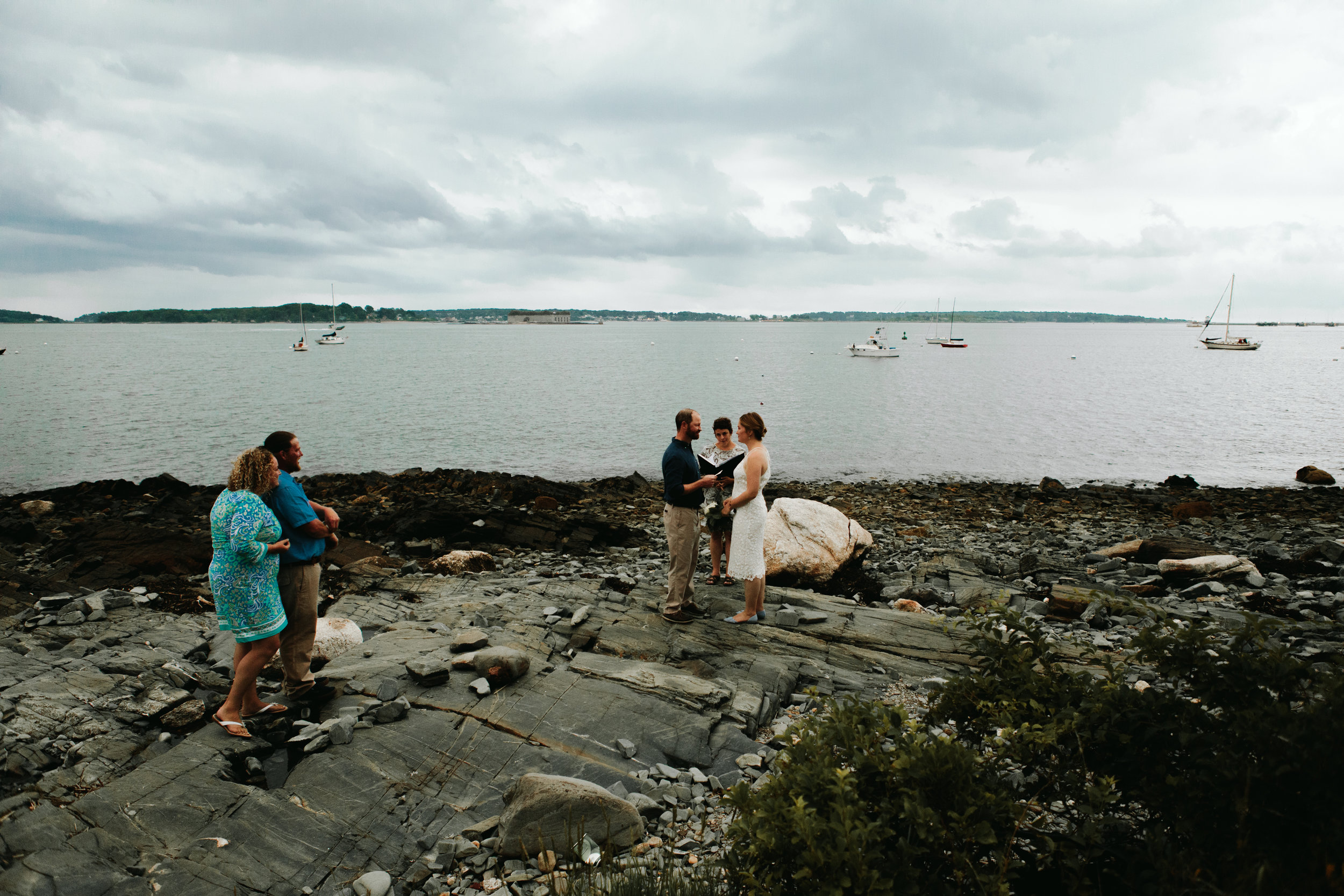 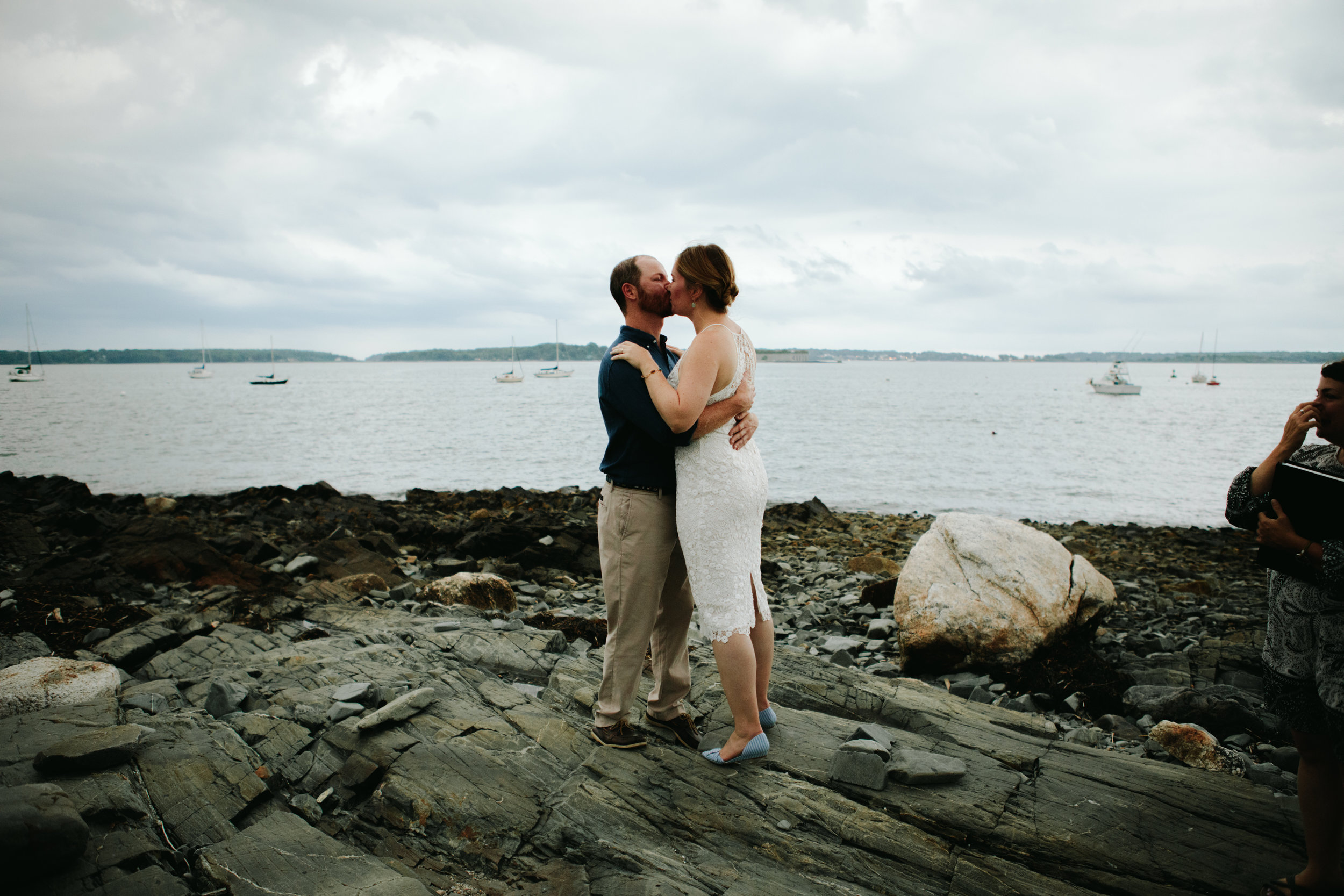 Every element of their Maine elopement was ideal, yet completely authentic. Being able to work with couples who are truly in love is my greatest joy as a wedding photographer. Amie and Ben’s wedding embodied that, and I could not be more excited for them. I was told their families were thrilled by the news. Congratulations again Amie and Ben! 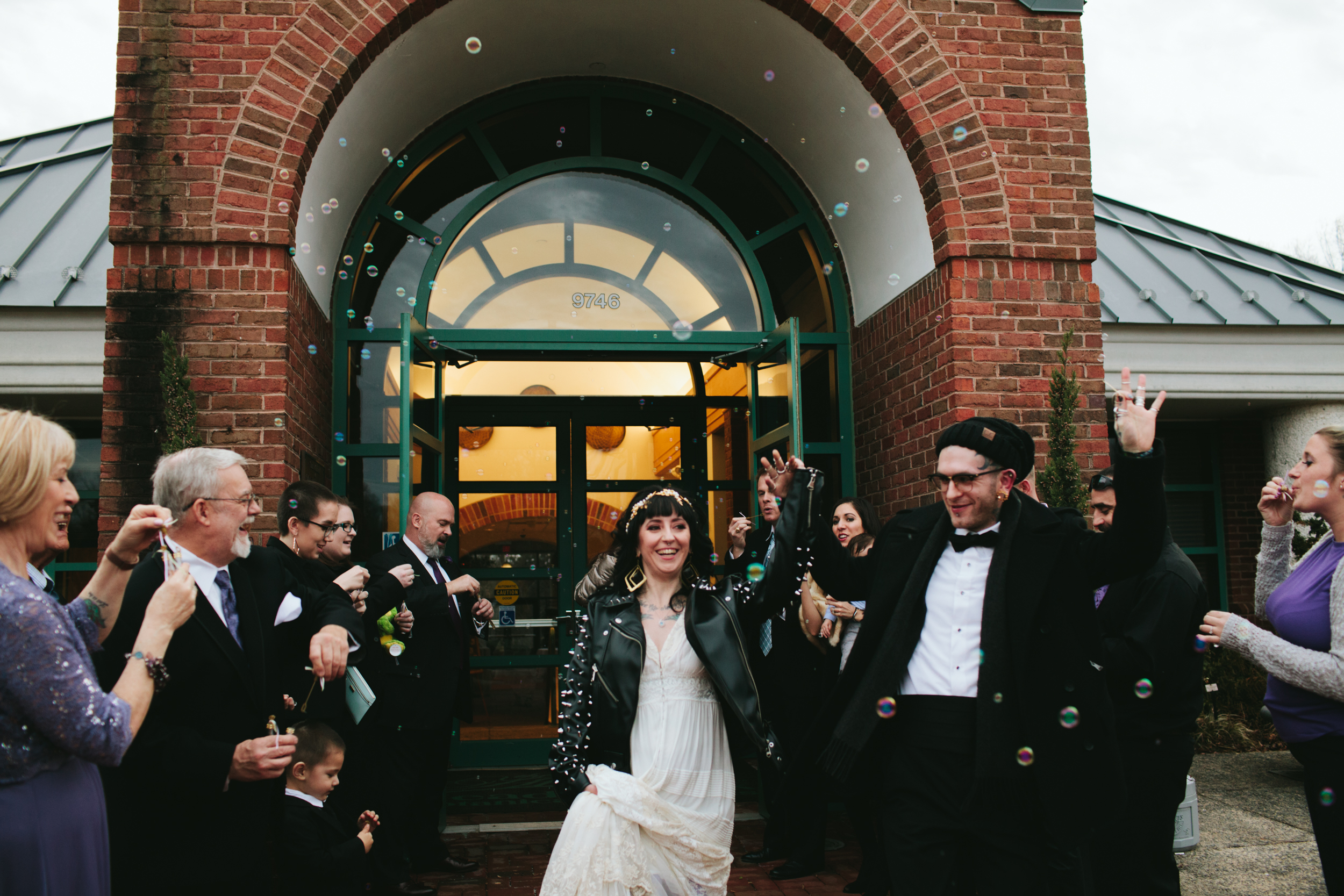 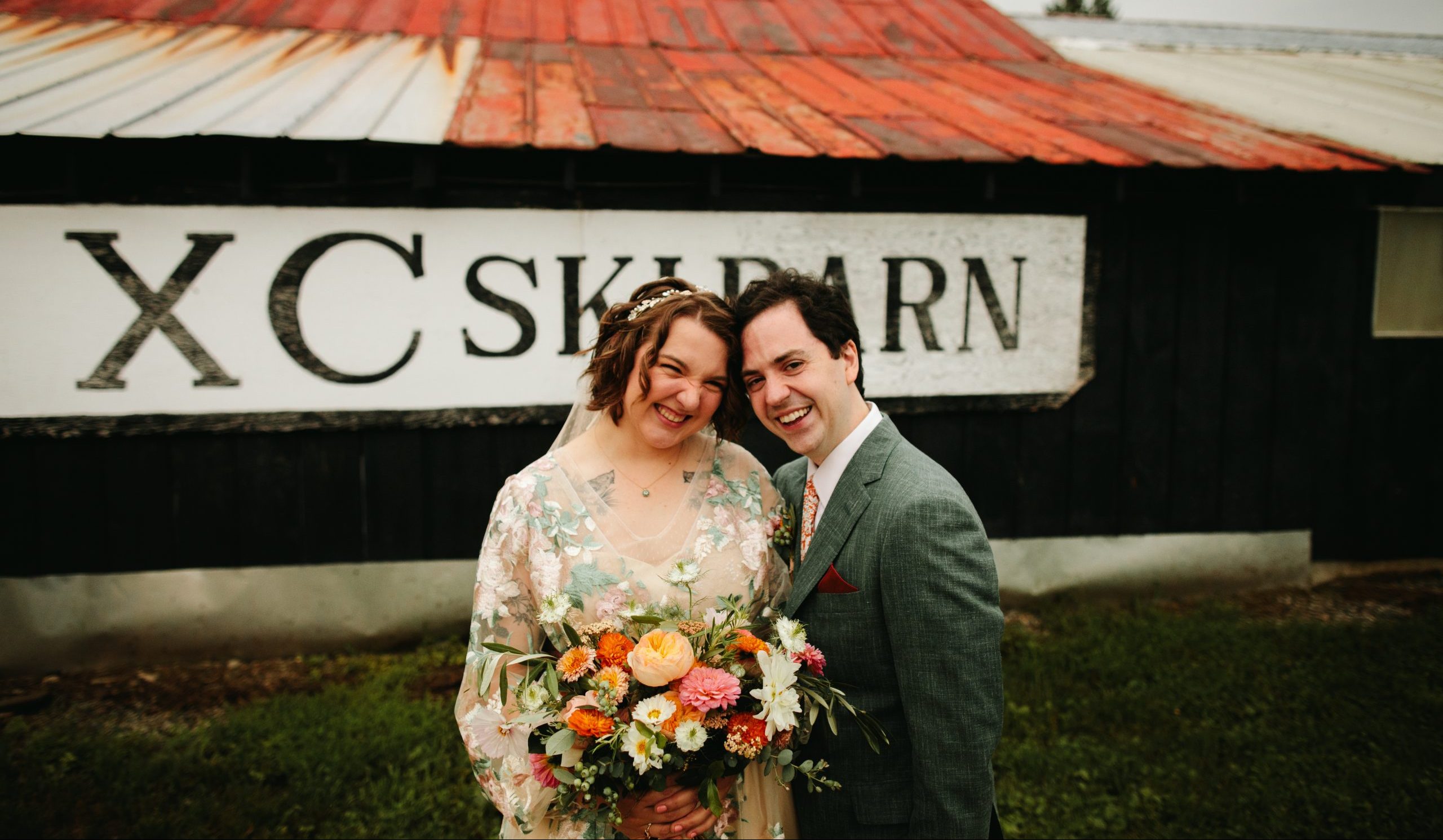 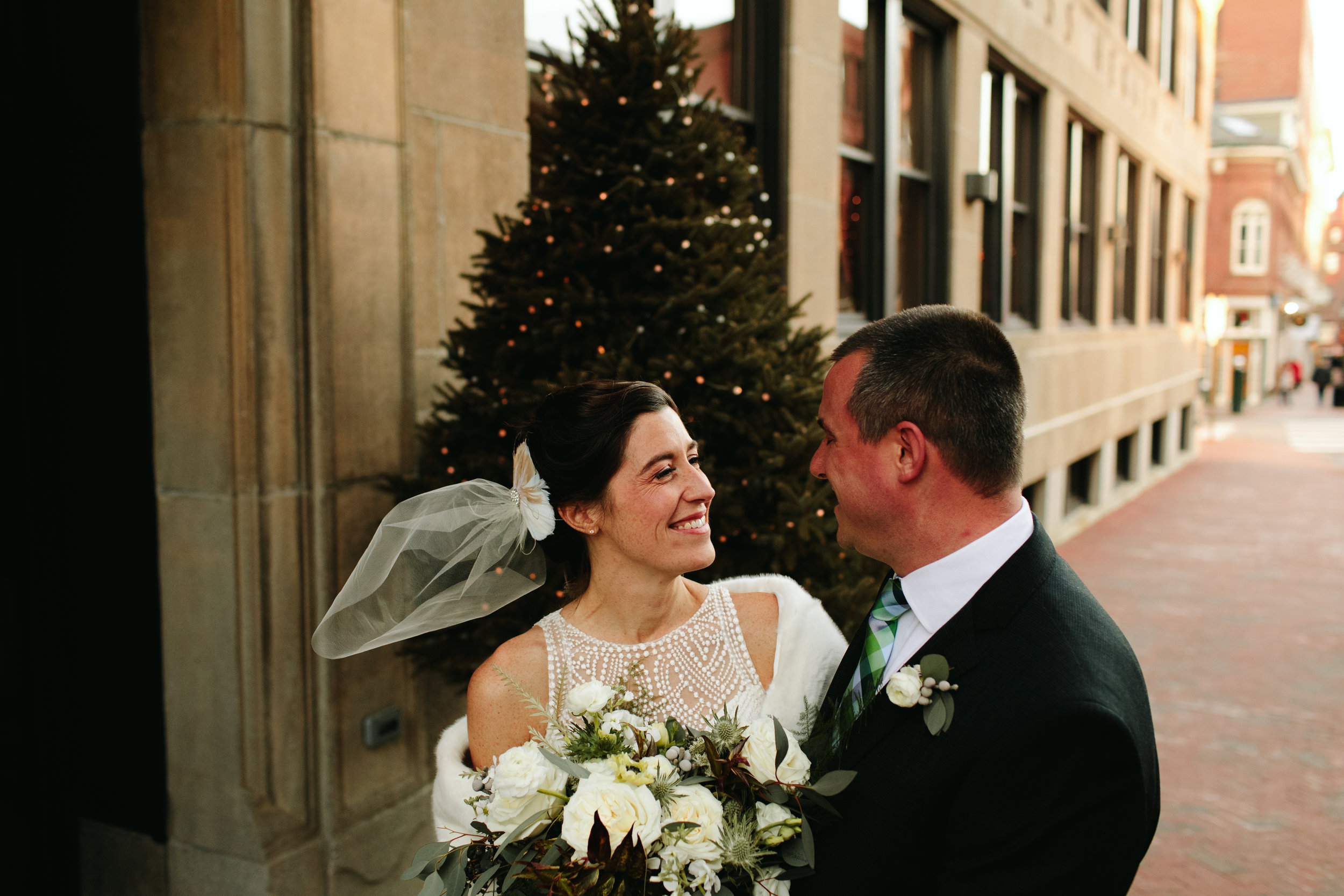